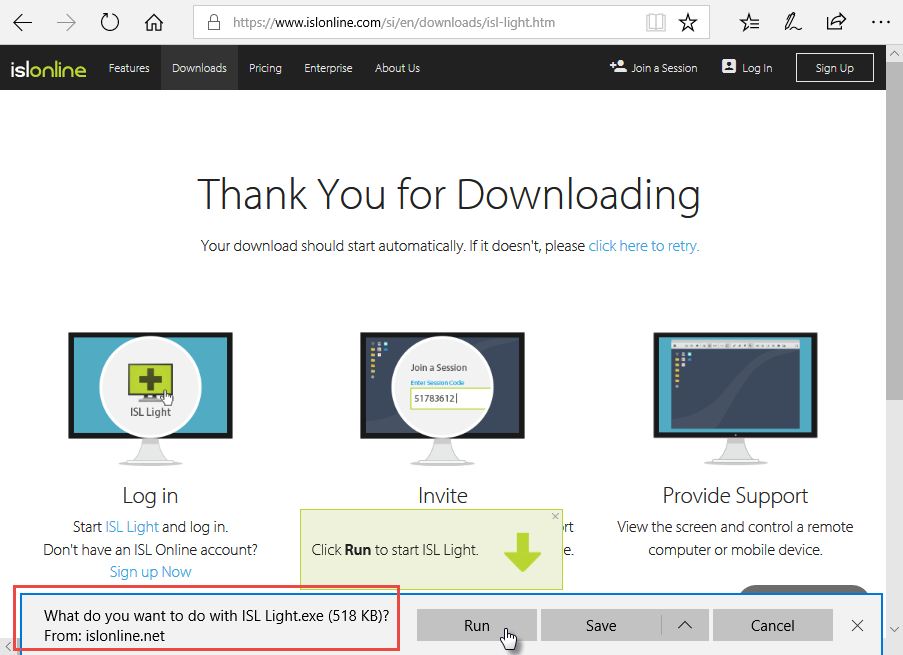 Note: When downloaded the size of the ISL Light.exe file is only 518 KB

The rest of the program is downloaded after you click "Run".